At Nerubay, we create action plans for the protection and administration of the assets that constitute our clients’ wealth. For such purpose, we provide advice with the best options for the disposal of their assets in life or death, in line with all our service areas.

We design and implement the vehicles and the contractual, corporate or partnership figures that allow the wealth management with the least fiscal impact in Mexico or anywhere else in the world.

Carlos obtained his law degree from the Universidad Iberoamericana Campus Ciudad de México. Carlos began his career as a tax advisor at Gardere Arena y Asociados and later joined Nerubay in 2014 where he is currently a partner. In the last few years Carlos has advised both Mexican and foreign individuals and companies doing business in Mexico. He also actively advises clients doing business in the United States of America. Finally, he has advised families and funds on setting up structures throughout the UK, Spain, Canada and the United States of America. 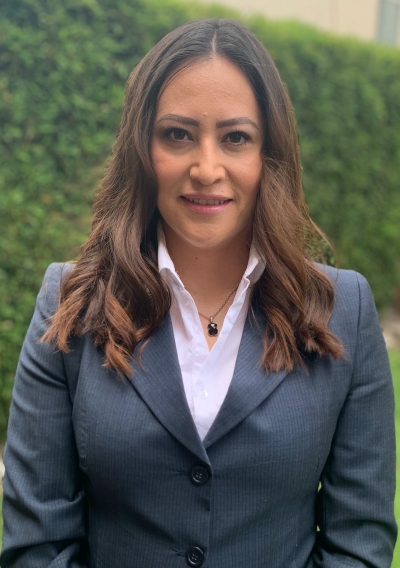 Karlek was born in September 1986. She obtained her Law Degree from the Universidad del Valle de México Campus Lomas Verdes in 2009, during her studies at an early age in 2007, she joined the labor field for a couple of years in Notary 249 of CDMX and later in Financial Institutions such as Banco Interacciones, S.A., Institución de Banca Múltiple, Grupo Financiero Interacciones, CF Credit Services, S.A. de C.V. SOFOM, E.R., Grupo Financiero Inbursa., ABC Capital, S.A., Institución de Banca Múltiple y Banca Mifel, S.A., Institución de Banca Múltiple, Grupo Financiero Mifel, developing and specializing in the area of Fiduciary, Corporate and Notary Law, with extensive experience in Commercial and Real Estate Law, due to its participation in various operations of that nature, such as, constitution, modification, operation and extinction of trusts, preparation of credit contracts, incorporation of companies, mergers, acquisitions, adjudications, real estate sales, granting of powers, assignments, constitution of guarantees, instrumentation and review of notarial acts and preparation of legal opinions. She joined the firm as an associate attorney in the Fiduciary area in November 2016.

Nerubay Abogados collaborates with the VGV Corporate Services firm to help its clients in all matters related to estate planning.